1.1 Laws and Regulations of Imported Food

2. Steps Prior to Importation

Person who intend to import food into South Korea or person who establishes and operates a foreign owned food facility shall register with the Minister of Food and Drug Safety before he/she files an import declaration. It also applies to the registration updating or renewal. The registration can be applied online as well.

When it is deemed as necessary by the MFDS, more evidence material shall be submitted. Otherwise the registration can be cancelled. The term of validity is 2 years after it is registered.

If the importer refuses to inspection or a hazard is found, the MFDS can suspend the importation of that imported food. However, after the government of an exporting country, or a foreign food facility, or a business entity identifies any cause of a problem in imported food and suggests improvements, or where such imported food is deemed non-hazardous, the MFDS may revoke the suspension of importation. In such cases, where it is necessary to confirm such improvements, the Minister of Food and Drug Safety may conduct an on-site inspection.

Any person who intends to file an import declaration and inspect the status of sanitation control of a foreign food facility to ensure the safety of the relevant imported food may register such facility as a good importer with the MFDS.

Facility registered as a good importer may enjoy preferential policies, such as imported food's being removed from the scope of random inspection during the customs clearance, the MFDS' on-line publicity, etc.

From a customer perspective, the mark of food importer or good foreign food facility is more trustworthy. 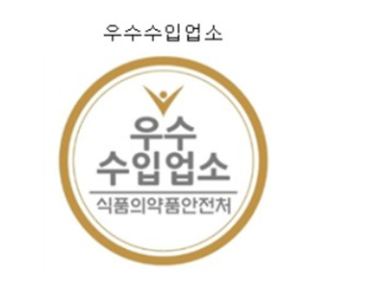 However, where the Minister of Agriculture, Food and Rural Affairs (MAFRA) determines it is permissible to import livestock products amounting to designated objects subject to quarantine for which there is no risk of animal disease, the MFDS shall then conduct an import sanitation assessment on the livestock products concerned.

Any person who establishes and operates a foreign establishment shall file an application for registration with the MFDS via the government of an exporting country before he/she submits an import declaration on livestock products. The same shall also apply where he/she intends to change registered matters.

3.1 Types of Business and Facility Standards

To register the business, files including application of business registration and required files shall be submitted to the Minister of Regional Korea Food & Drug Administration in written or electronic form. The same apply to any person who intends to change his/her place of business. After the applicant has been reviewed, a registration certificate will be issued.

Where a business entity has obtained the permission or has made the registration or reporting pursuant to the Food Sanitation Act, the Health Functional Foods Act, or the Livestock Products Sanitary Control Act, imports food as raw materials for manufacturing its own product, it shall be deemed to have obtained registration.

3.5 Matters to be Observed by Business Entities

1) It shall require an imported food sanitation audit institution to conduct on-site sanitation audits, etc. on an enterprise manufacturing or processing imported food by OEM according to Method and Standard of On-Site Inspection of Foreign Food Facilities and Foreign Establishments prescribed by the MFDS;

2) It shall conduct inspections under regulations of the Food Sanitation Act on Imported Food, etc. by OEM, and keep records thereof for two years.

4. Control of Steps in Customs Clearance

Where a business entity intends to import food to sale or to use them for business, he/she shall file an import declaration of the relevant imported food with the MFDS.

Where a business entity files an import declaration of imported food, he/she shall report a statement of reasons for setting the expiration date set according to Establishment Standard of Expiration Dates of Food, Food Additives, Livestock and Health Functional Food.

The MFDS shall require a relevant public official or inspection officer, or inspection agency to conduct necessary inspections before customs clearance formalities for imported food, etc., for which an import declaration has been filed are completed. In such cases, he/she may accept the import declaration upon attaching conditions, such as the prohibition of use or sale, before the confirmation of the results of inspection or supplementation on violated matters. Then the MFDS may conduct inspections differentially by classifying imported food according to the history of inspections of imported food, domestic and international food safety information, and other similar matters.

Good importers can enjoy fast customs clearance policy. Once passing the application, the custom clearance period will be shortened to 24 hours.

Good importers can apply for the fast customs clearance to MFDS when the imported foods is without noncompliance records in the last three years, and have been declared for import more than five times per year on average.

The applicant need to submit an application letter via MFDS website for imported food (impfood.mfds.go.kr). The authority will issue a confirmation letter of the import plan to the applicant when the applicant meets the fast customs clearance standards.

The MFDS may require business entities to register traceability by prescribing imported food subject to traceability, if he/she deems it necessary to manage imported food, in which a problem occurs.

The MFDS may also order business entities to undergo education on the safety and quality control, etc. of imported food under particular condition and shall order business entities which fail to comply with the Act to make necessary corrections for the safety control of imported food, such as improving facilities, revocation of registration, suspension or closure of the business, etc.

The three main steps to import food into South Korea is 1) to register Foreign Food Facilities before the importation, 2) to register the business, and 3) to file the import declaration in the customs declaration. And to be noticed that if one intends to import livestock products, he/she shall undergo the sanitation assessment and register the foreign establishments as well. And for the foreign applicants, more registration certificates may be asked to be approved when applying for registration of business.